THIS FRIDAY AT 5pm on the Joe's Pub Outdoors Stage, see THE EDGE OF HEAVEN live at the Make Music NY Festival!! See the poster here.

From Jian Xiao, who headed up the restoration of 1934 Chinese silent film classic "The Goddess", which Gary recently accompanied with his original live solo score at the Transylvania International Film Festival:
"Thank you very much Mr. Gary Lucas for playing your live solo guitar soundtrack for "The Goddess" at TIFF. This film is about a tragedy in early Shanghai, China. Gary Lucas uses his guitar plus his understanding of the film to show the essence of the film vividly. At the climax of the film, his guitar score drives the audience to tears. This is the best time I've seen famous diva actress Ruan Lingyu's show-stopping scene driven by music outside of China. Lucas' score promotes the integration of Eastern and Western cultures, so that European audiences can better understand the film."
—Jiao Xiang, China Film Archive, Beijing 2019.6.18

Listen to a new interview podcast with Gary on Fred.FM about his live performance with "The Goddess" at the Transylvania International Film Festival.

"'The Goddess' is one of the most affecting films of the Chinese Golden Age, and Gary Lucas' guitar score casts a beautiful resonant spell around the movie, evoking depths to not only its narrative themes, but telling a story of its own about love and loss and the gorgeous yearning melodies of the Chinese popular music of its era."
—New York Times film critic Glenn Kenny's review of Gary's performance 7/18/16 at visionary artist's space Pioneer Works in Red Hook Brooklyn

Rave review for Gary's performance with "The Goddess" at Pioneer Works in Red Hook Brooklyn on 7/8/16 by Cineaste Magazine editor Richard Porton:
"The Brooklyn premiere of Gary Lucas' live score for THE GODDESS, a classic 1930's Chinese silent melodrama directed by Wu Yonggang and starring Ruan Lingyu, was a memorable event at Pioneer Works in Red Hook on Fri. July 8th. Lucas' score, which intersperses motifs from well-loved 30's and 40's Chinese pop songs with original themes, made a haunting film even more haunting. Lucas' guitar wizardry never amounts to virtuosity for its own sake. His score only enhances our appreciation of this melancholy tale of a 'fallen woman's' fate."
—Richard Porton, editor of Cineaste Magazine

Gary Lucas played 2 successful shows accompanying "The Goddess" at Symphony Space in NYC 10/09/14 and at Mass MOCA 10/11/14. Click here to read a nice review of the Symphony Space performance from the New York City Jazz Record!

The film, directed by Wu Yonggang and starring the incomparable Shanghai diva Ruan Lingyu, was hugely popular all over China upon its release in 1934, and is considered a touchstone of Chinese cinema. It contains many modernist flourishes including the plot, considered quite racy and bold for its time, concerning a young single mother forced into prostitution in Shanghai—the "Paris of the East"—in order to raise money for the education of her son. Lucas's score draws upon his extensive knowledge of 30's Shanghai pop—much of it created for Chinese movie musicals of the day—as featured on his celebrated album "The Edge of Heaven".

Gary Lucas has created a marvelous score for the great Chinese silent classic The Goddess that not only creates the perfect period ambience for the film but even more crucially adds a rich emotional texture to this tragic tale of a woman's struggle for justice.

Nice review from writer Richard Gehr of Gary's performance at Symphony Space with "The Goddess" 10/9/14:

Recent Spanish press about Gary's appearance in Santander with the world premiere of his new score for "The Goddess": 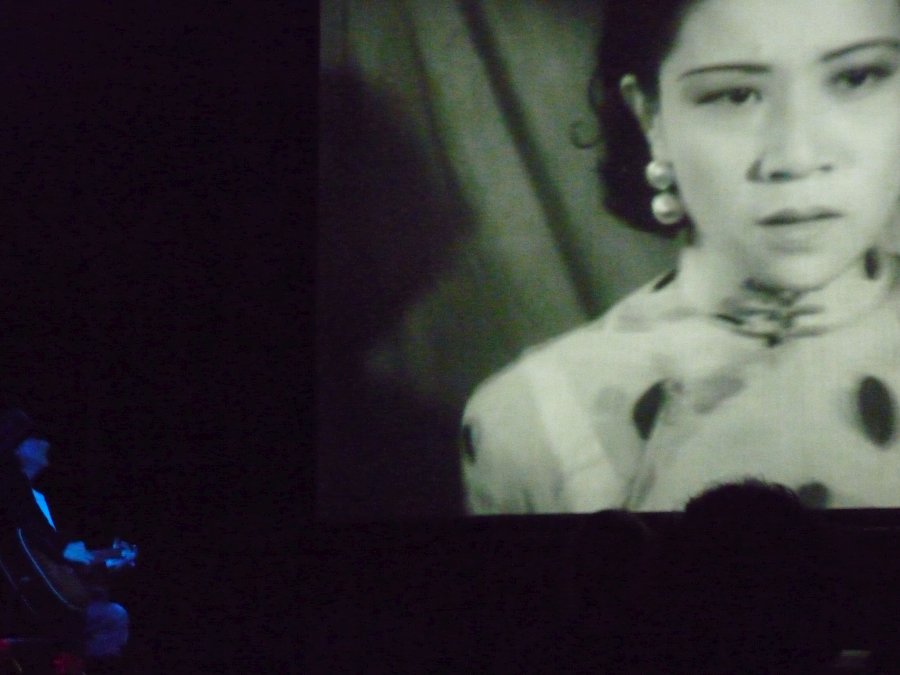 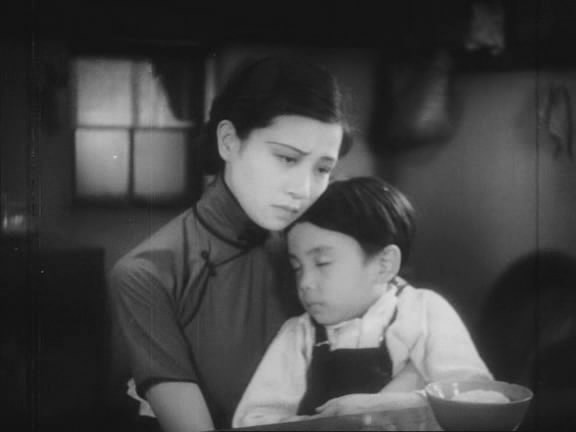 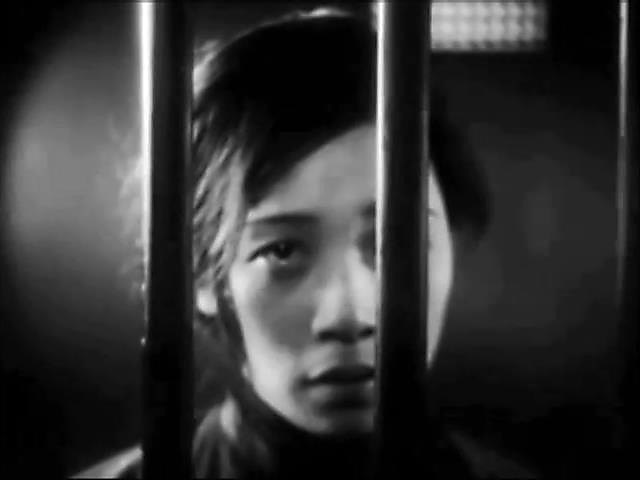 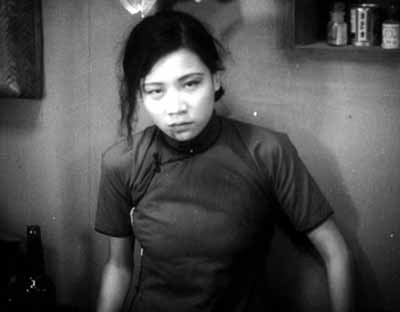 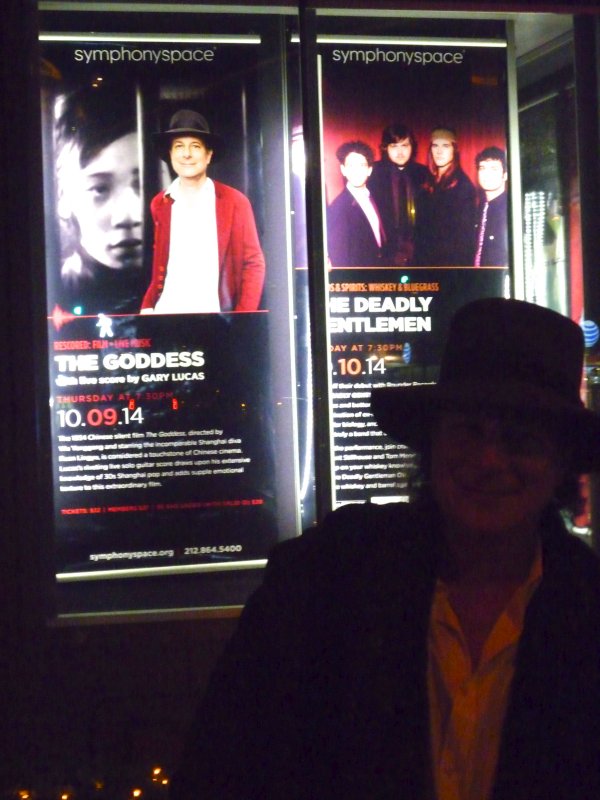 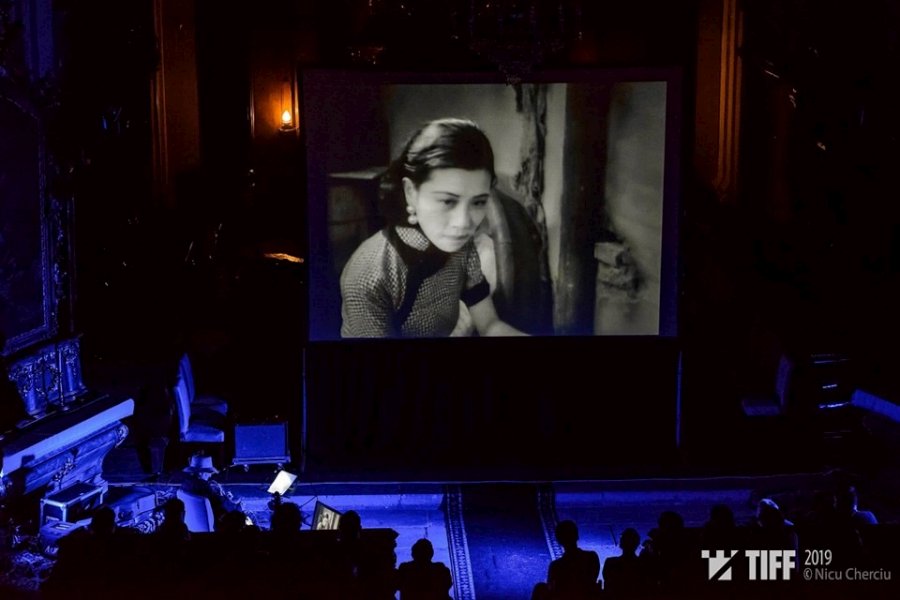 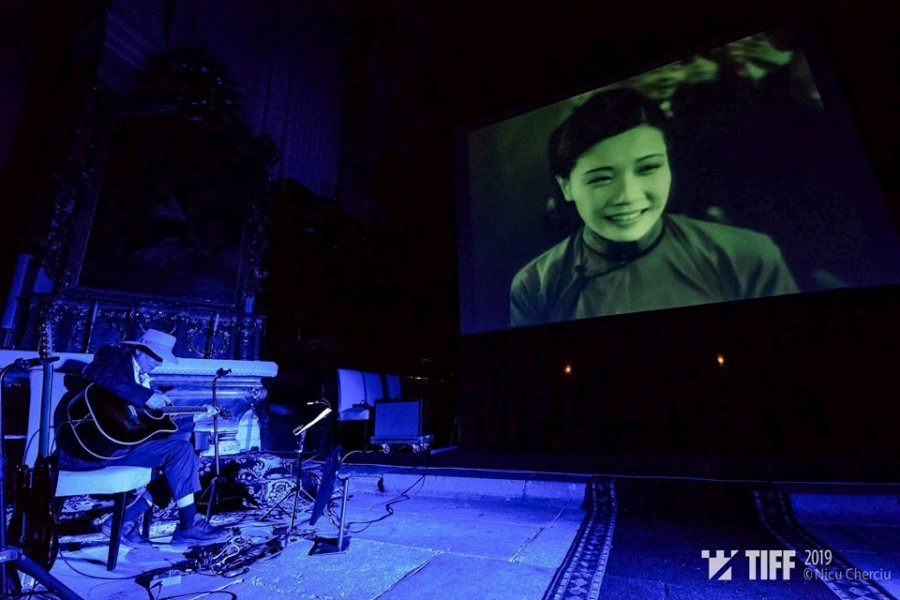 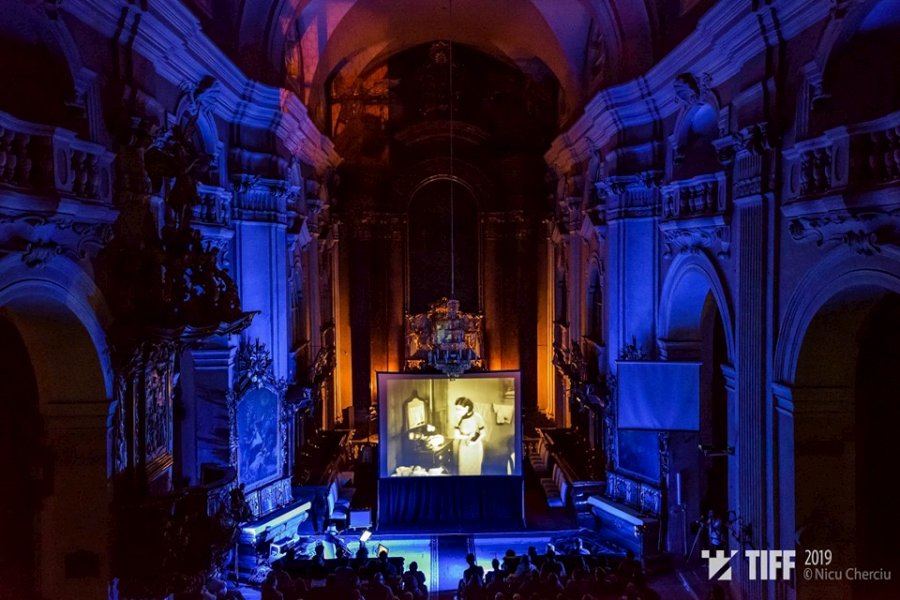 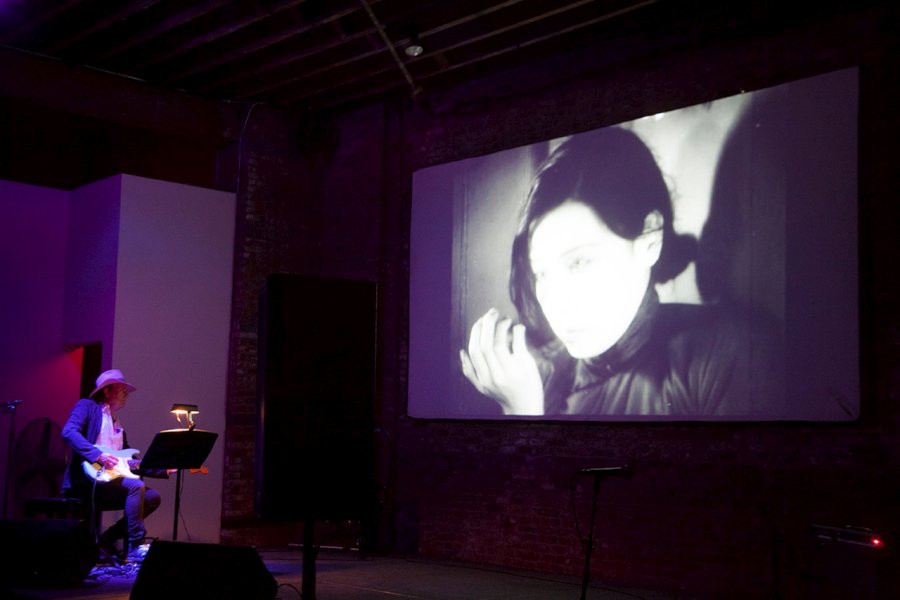 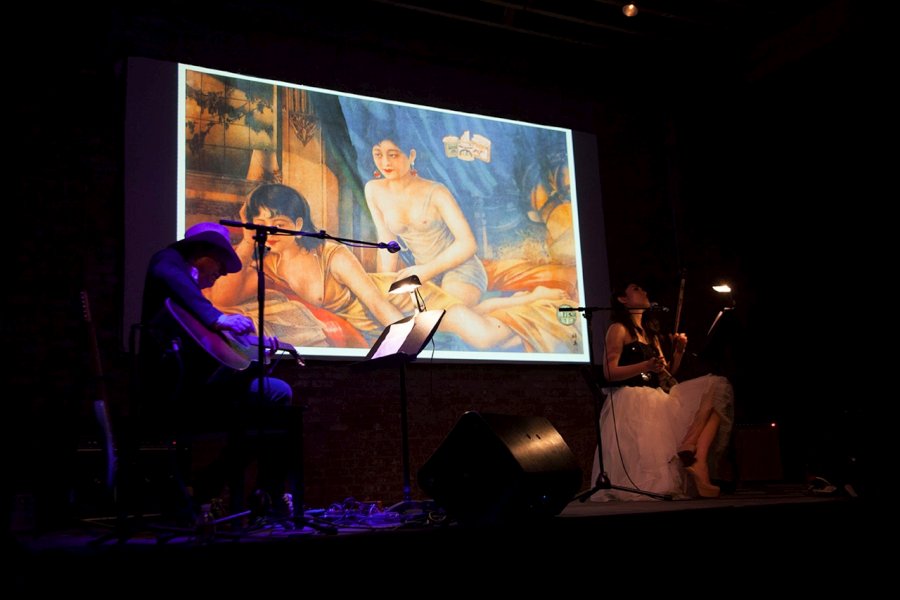 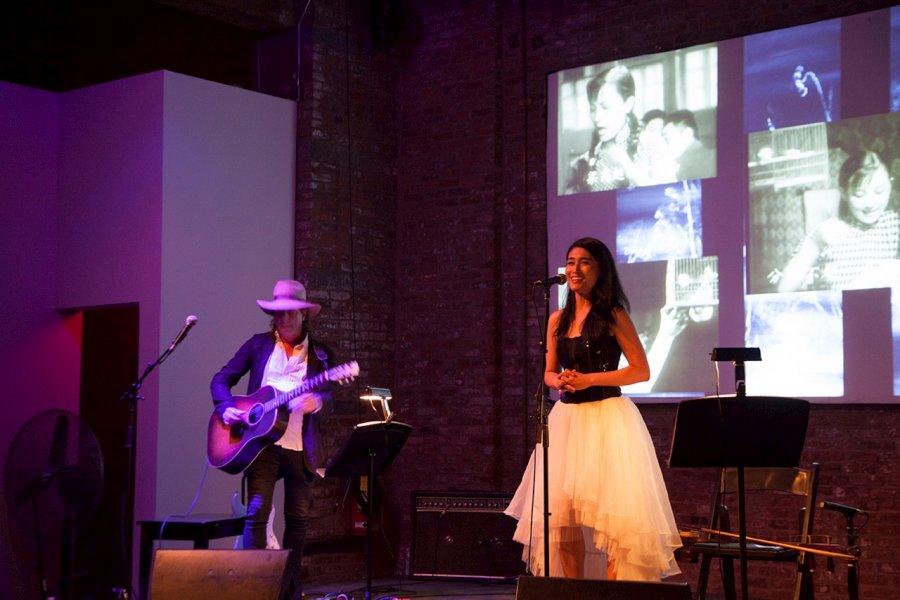 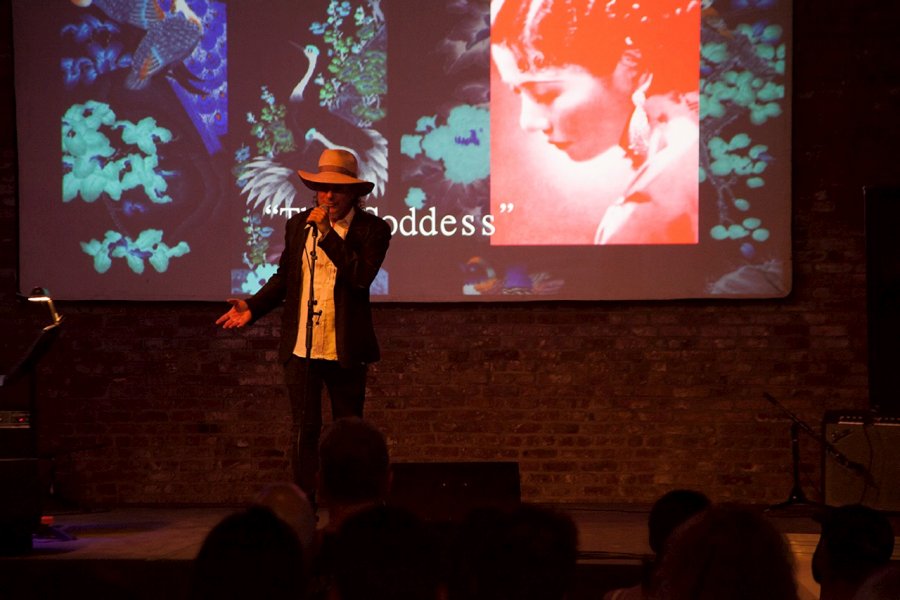 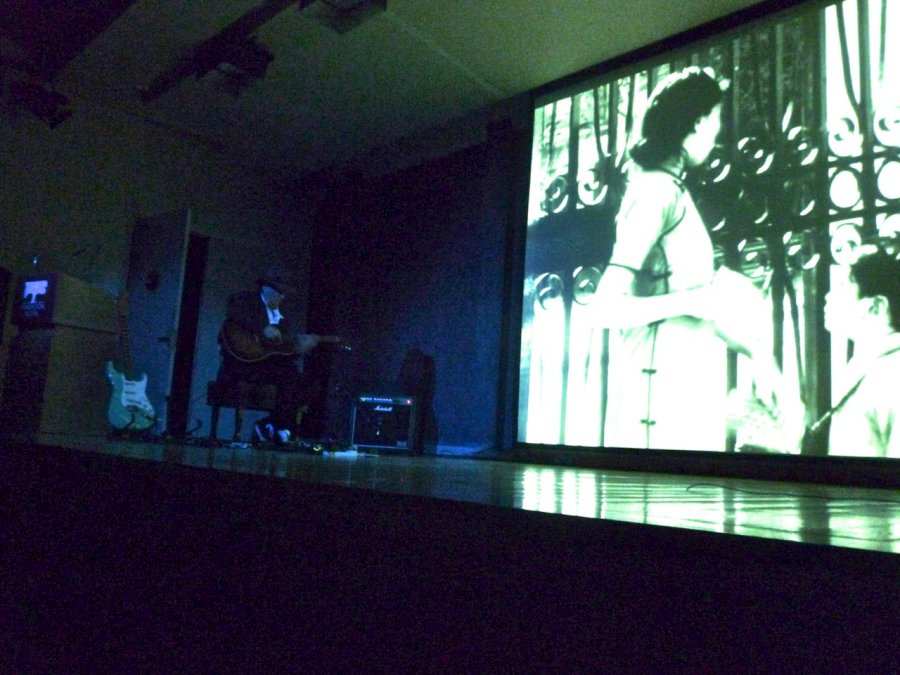 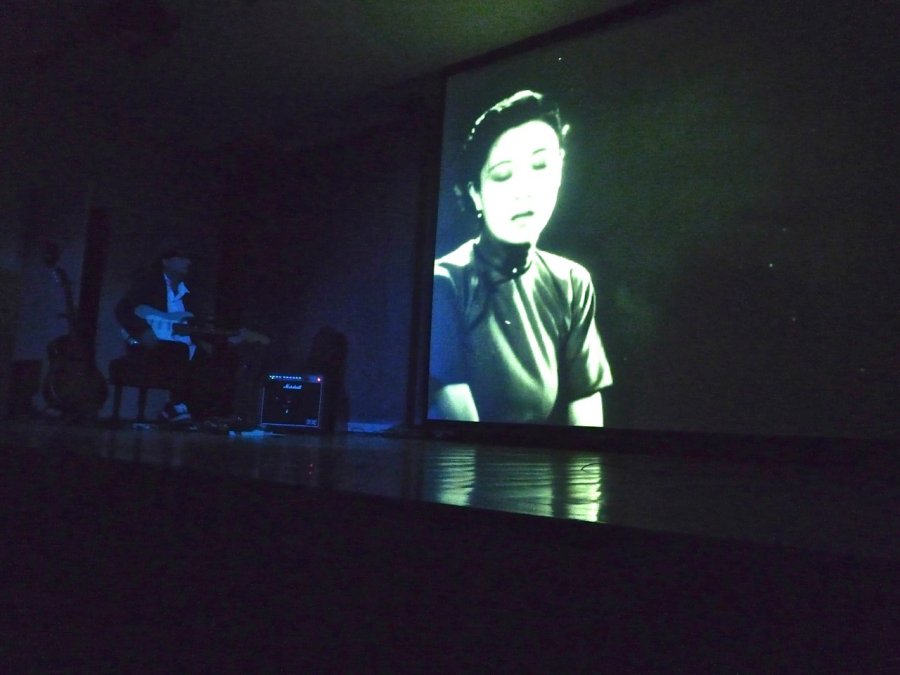 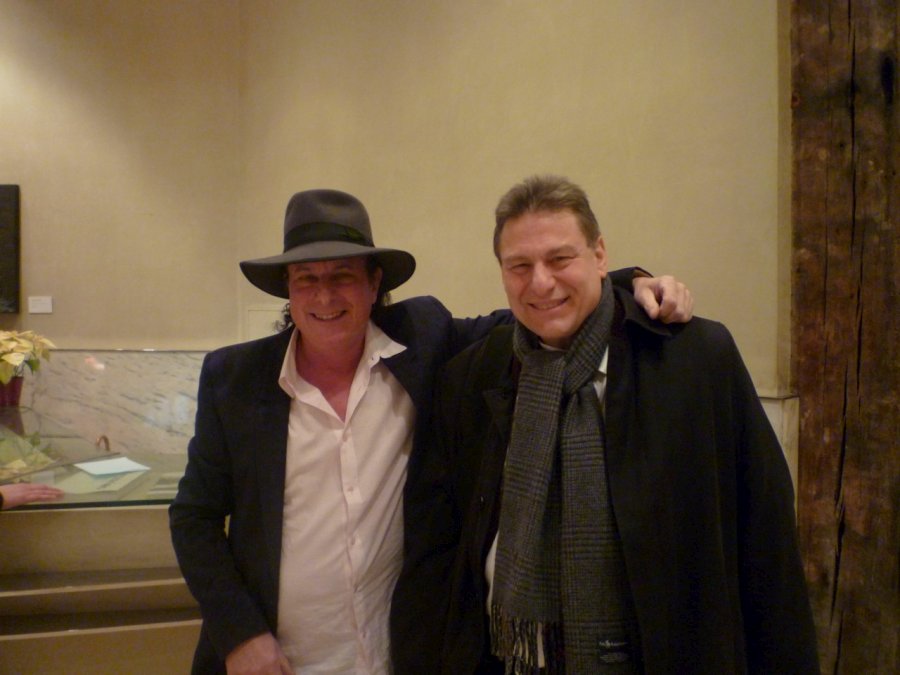 Gary with his friend Richard Peña after performing the world premiere of his new live solo guitar score for "The Goddess" (1934, d. Wu Yonggang and starring Ruan Lingyu) at Fundacion Botin in Santander Spain 1/8/14 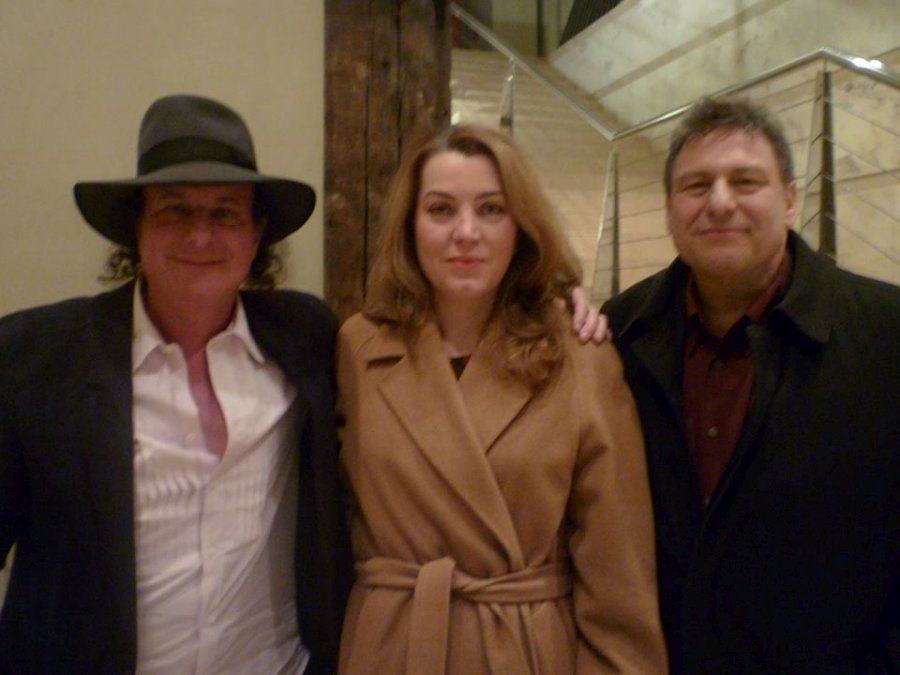