Gary Lucas Plays "Too Much Johnson"

Listen to an NPR feature on Gary Lucas' live film scoring centering around the 2017 premiere of his live score for Orson Welles' 1938 silent comedy "Too Much Johnson".

Excerpts from the world premiere recorded, filmed, and edited by Phil Mango:

Gary gets a thumbs up from DownBeat in a review of the premiere.

This silent film, running 66 min., was created and filmed 3 years before Welles' masterpiece "Citizen Kane" as a prologue for a multi-media Mercury Theatre production of an infamously ribald 1894 stage farce by American playwright William Gillette to be directed by Orson Welles at the Stony Creek Theatre in Connecticut, in preparation for a Broadway run. The film was thought lost until a work print was rediscovered and recuperated in 2008 in Pordenone Italy.

Starring many of Welles' longtime Mercury Theatre Players, including Joseph Cotton ("The Third Man"), Edgar Barrier, John Houseman, Virginia Nicholson, and a young, smouldering Arlene Francis, "TOO MUCH JOHNSON" is at once an affectionate homage to the world of Mack Sennett's slapstick Keystone Cops comedies, and a post-modernist potpourri of classic Wellesian tropes including oblique camera angles, geometric framing, rapid-fire cross-cutting and editing, theatrical hokum, and a decidedly modern erotic sensibility largely absent from the early silent cinema. The film concerns a NYC playboy who flees from the violent husband of his mistress and borrows the identity of a plantation owner in Cuba, who is expecting the arrival of a mail-order bride. Welles planned to mix live action and film for his Stony Creek production, and the film, largely shot in NYC and environs, was designed to run 40 minutes, with 20 minutes devoted to the play's prologue and two 10-minute introductions for the second and third act. Location photography took place in Battery Park and Central Park, with additional set-ups on a Hudson River day-trip excursion boat, and at locations in Yonkers and in Haverstraw NY. Interior shots were done in a studio in the Bronx. For the Cuban plantation, Welles created a miniature structure next to a papier-mache volcano, with store-bought tropical plants to suggest the exotic Cuban flora.

Edited on a Moviola at a manically merry pace by Welles in his NYC suite at the St. Regis Hotel (there are reports of the film catching fire in the Moviola gate several times, and Welles's hotel suite literally festooned with truncated sequences from the film), the production of "Too Much Johnson" was hampered by financial set-backs relating to Welles' cast (who were never paid for the shoot); the film lab, who refused to process the film until paid; and by Paramount Pictures, who sent Welles a cease and desist letter claiming ownership of the theatrical property. The final straw was Welles' discovery that the theatre's ceiling in Stony Creek was too low to allow proper projection of his film, so the filmic portion of his production of "TOO MUCH JOHNSON" was jettisoned. Welles' Stony Creek production went ahead without its film component, and received mixed to poor notices. The play then closed, and the project was abandoned by Welles, who stored the film in a trunk he later told biographers was lost. Years later a work print was discovered in Pordenone Italy, and George Eastman House went to work on a restoration of the extant footage, which is particularly excellent here.

What GARY LUCAS will be accompanying here is the complete extant footage of "TOO MUCH JOHNSON" in the sequence exactly as Welles' left it on the reel he stored in his trunk—with every multiple take from various different angles of every scene included. This lends a particularly minimalist, fractured, and obsessive quality to the resulting narrative, with resulting fluctuations in the filmic space/time continuum not unakin to the deliberately dislocated work of modernist film makers such as Chris Marker and Jean-Luc Godard. An attempt was made a few years ago to edit down "the best takes" of this footage to try and form a coherent, foreshortened narrative, but true to his avant-garde roots GARY LUCAS finds that particular edit flaccid and decidedly lackluster, and prefers working with the entire extant reel in sequence—performing his live score in the tradition of his 10 live solo film scores to date, which juxtapose composed themes and variations with a significant dose of improvisation in the tradition of the old-time silent movie accompaniests. 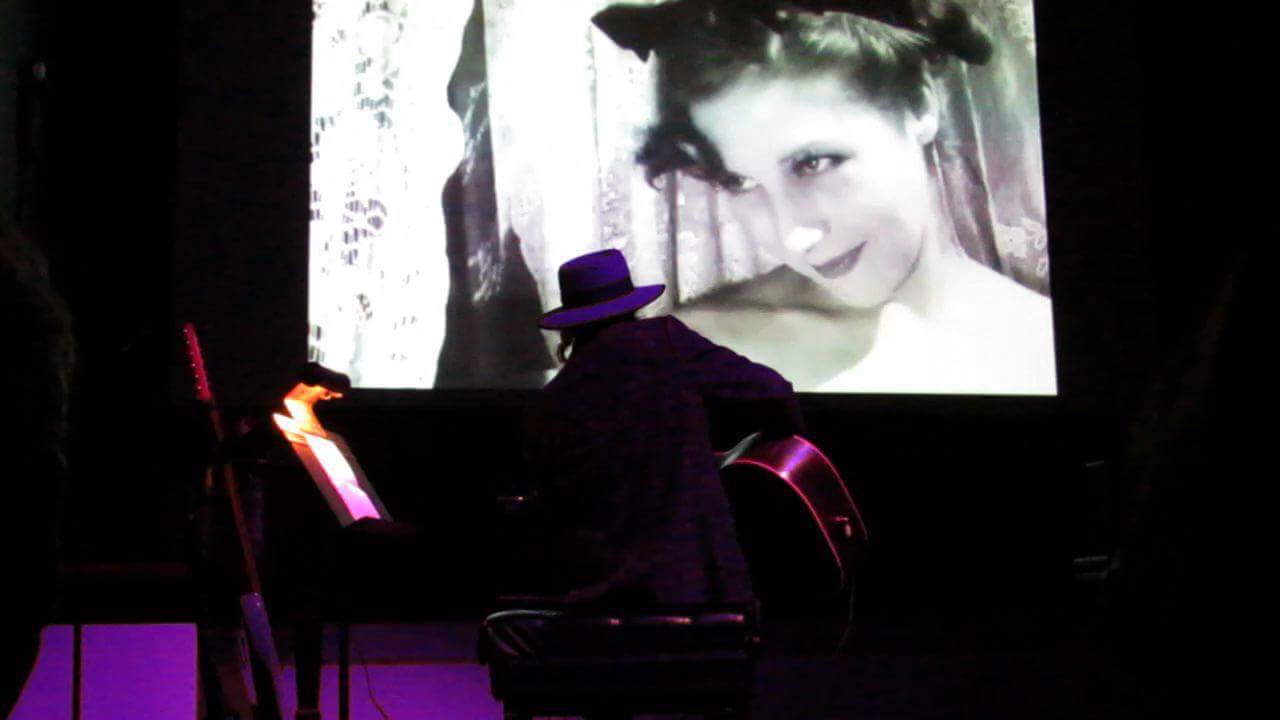 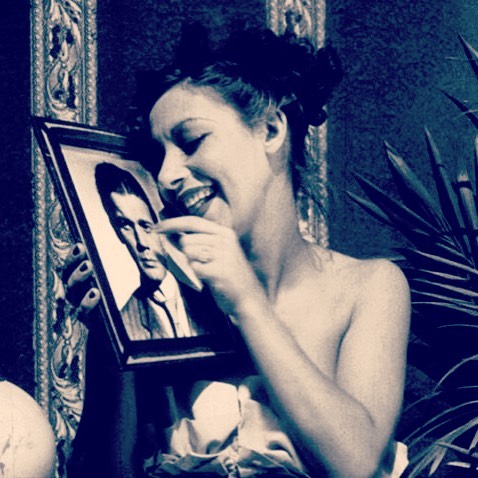 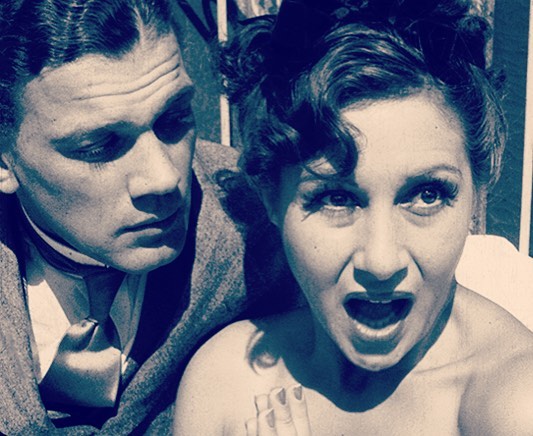 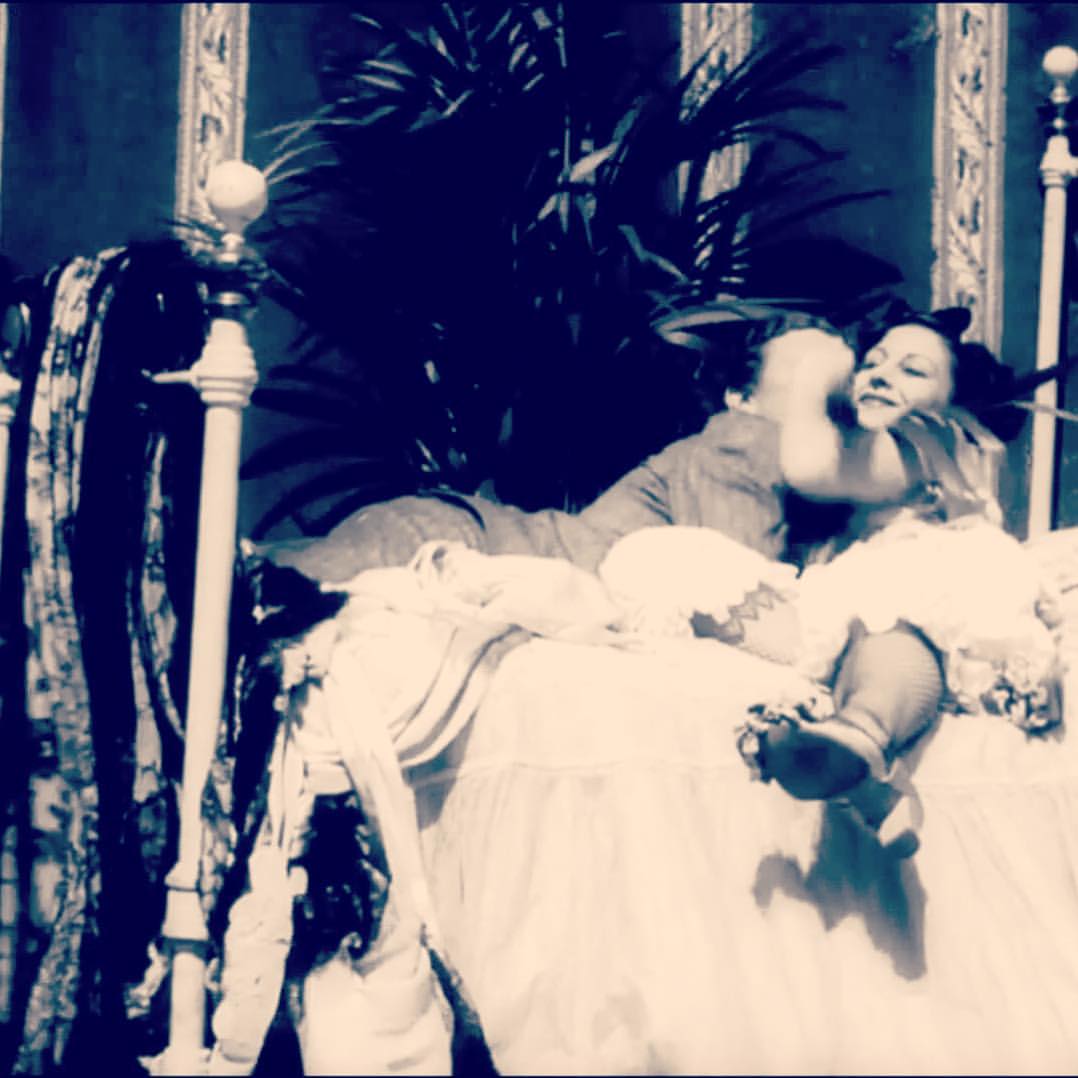 La Ronde, from Orson Welles' "Too Much Johnson"